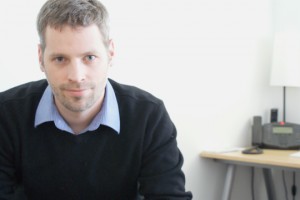 As an executive with over 20 years of top leadership experience in the worlds of kids entertainment, web development and software development, Tim has led business units at one of the most dynamic and successful production companies in children’s entertainment, managed projects for Fortune 500 clients and launched new entertainment brands into the marketplace. With Tim at the helm, teams have rolled out websites capturing millions of visitors, supercharged productivity for projects, and realized millions of dollars in combined licensing and marketing value.

Tim has worked in the digital media marketplace for over 15 years. He led the digital media team at Big Idea Productions including the digital marketing and interactive gaming roll out for the company’s theatrical release, Jonah – A VeggieTales Movie, as well as four hit interactive gaming titles. From there he went on to manage the production operations for a software development house in Chicago serving Fortune 500 companies including McDonald’s, Harley Davidson and Wrigley. Tim overhauled the company operations and revitalized the relationships with major clients by inspiring trust and confidence in the production team.

Tim rejoined Phil Vischer in his recent venture, Jellyfish Labs to help manage the business behind Phil’s creative work. As part of his work with Jellyfish, Tim co-conceived and developed JellyTelly, a website introducing thousands of kids to new characters and content via video and gaming; spearheaded negotiations for key joint ventures with Focus on the Family and Upward Sports; and managed the production of the VeggieTales half-hour television debut for NBC Saturday mornings.

Since then, Tim has provided Non-Profit Organizations with Strategic, Digital Marketing and CRM Consulting. With his broad background in management, marketing, software development and non-profit service, Tim is able to work with all areas of a non-profit staff from the executive level to the finance, development and program teams within the organization.

Tim also works on personal projects including several mobile apps and games and web apps that have been released through ideakindler.

Tim is on the Board of Directors for CGLA, a legal aid organization in Chicago where he co-chairs the Strategic Planning Committee and serves on several other committees as well.

Tim and his wife Kelly have four children and are active members of Blanchard Alliance Church in Wheaton, IL and Warrenville, IL where he serves as an elder and on the Governing Board.